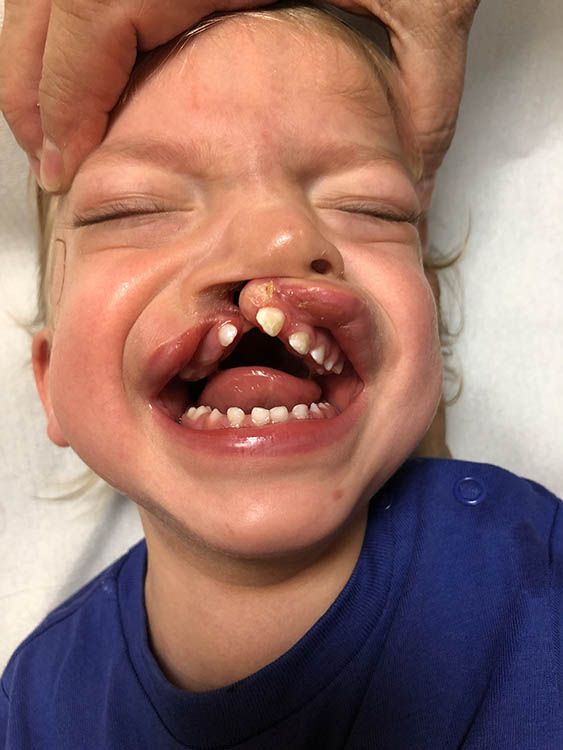 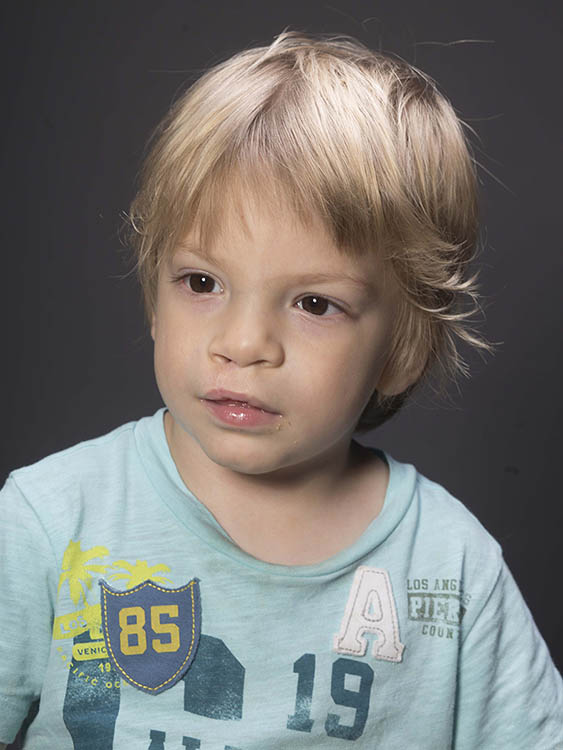 One of the most common anomalies that occur during birth disturbing the happiness that the arrival of a child brings to parents is the cleft lip, cleft palate or both.

Cleft lip is a split or separation of the lip’s continuity and/or the alveolus, i.e. the part of the jaw that holds the teeth. If the lip is completely separated then the cleft lip is called complete whereas if only a part of the lip is separated then the cleft lip is called incomplete. It may be unilateral (a split on one side) or bilateral (one split on each side) while it is very rare to be exactly in the middle.

It is the most common congenital malformation (anomaly) of the face and occurs somewhere between 1 in 600 births, i.e. it is estimated that about 200-250 children are born with cleft lip / palate in Greece every year. The cleft may be part of a more serious condition (syndrome) but in most cases it is not accompanied by other problems. The cognitive development of the child is normal and when the appearance as well as the functional recovery of the problems is achieved then the child can be integrated in society with absolutely no problem. Unlike more serious syndromes, the simple cleft does not follow the rules of inheritance, but there is often a relative in the family, even a distant relative, with the same problem.

It is important to know that: the functional and aesthetic repair of the cleft is comprehensive, provided that there will be constant collaboration between parents and a team of specialists in clefts, who will provide the child and his/her family with continuous support, follow-up and guidance for a complete treatment.

The dentition of children with cleft lip and especially in cases of cleft lip and alveolus usually presents certain anomalies as regards tooth arrangement. These problems are repaired very effectively with orthodontic treatments, provided that the orthodontist who will undertake the treatment will be experienced on the issue of clefts.

Essential prerequisite is the maintenance of the deciduous or baby teeth in good condition with frequent visits to the pediatric dentist (pedodentist) (something that should apply not only for children but also for the general population). During his/her practice, the regular follow-up and necessary fluoridation will take place at the time when the orthodontic treatment begins. The orthodontic treatment usually begins after the age of six or seven, but the initial assessment must be performed much earlier.

The rehabilitation of a child with a cleft lip/palate should be undertaken from the very beginning by a team of doctors of various specialties who are specialized in a full range of cleft (cleft lip/palate) treatments. The initial surgeries are critical to the appearance and functional integrity of the child for the rest of his/her life. The child must be followed-up continuously and at regular intervals, because the lack of continuous follow-up is responsible for creating problems with serious consequences. The plastic surgeon who performs the initial surgeries must have the direct supervision and follow-up of the child and following the specified treatment schedule, he/she will refer the child to evaluation by other specialists such as an otolaryngologist, a pediatric dentist (pedodentist), speech/language voice pathologists (or vocologists), orthodontists, etc.

The surgical treatment schedule of clefts (cleft lip/palate) may vary from case to case. We present you here our personal preference.

The repair of the single cleft lip is usually performed at the age of three months. In cases of broad complete single (unilateral) or double (bilateral) cleft lip, the first surgery may involve the lip welding, which is performed approx. at the age of three months and involves a simple approach of the lip without trying to make an aesthetic correction. The aim of the surgery is to relax the lip tissues in order to facilitate the next surgery and determine the repair of the lip, about three to four months afterwards. The scars that result follow the natural direction of the lip filter and in most cases they become almost invisible over time.

In the case of double cleft, the problem is more complicated. The principles of rehabilitation are the same as in the single cleft but more surgeries may be needed depending on the cleft.

In the case of a cleft in the alveolar area, a prerequisite for the completion of the orthodontic rehabilitation is to become a bone graft in the area of the cleft, i.e. to fill this gap with bone that is taken from the pelvis in order to come in the permanent canine tooth (eyetooth). This operation is usually performed at the age of 9-11 years, and may be combined with the correction of nasal septum deviation (or nasal septum scoliosis) and imperfections repairs in the appearance of the lip that may remain. In case of a double cleft, it is possible not to put the bone graft on both sides simultaneously, and so in this case the surgeon must perform two operations. It is clear that in order to achieve the best aesthetic and functional results, a continuous follow-up on the child from his/her birth up to puberty is necessary as well as the performance of a series of interrelated surgeries, based on a clearly specified treatment schedule.

The confronting of clefts outside specialized centers usually leads to bad results whose correction requires additional surgeries and unnecessary distress of the child and his/her family.

In the cases that the cleft lip coexists with cleft alveolus, the development of the upper jaw can be lagged in relation with the lower jaw, either due to the use of a traumatic technique in previous operations, or due to reduced growth potential. In this case another surgery needs to be performed in order to complete the rehabilitation of the child (see ‘cleft palate’ chapter).